If you are interested in getting some honest and straightforward information about League of Legends ELO Boosting, then it is very likely that you will find the next few lines interesting and informative. You need to know what exactly it is, what it is about, why, when, and where it is used. To get proper insight, it is important to have an idea of ​​the purpose and history.

What is ELO Ranking?

The term ELO ranking list was coined by the Hungarian chess player whom he named after Arpad Elo. ELO ranking is a ranking system that was created in order to calculate the skills of the player. The ranking was mainly used for games with single players. 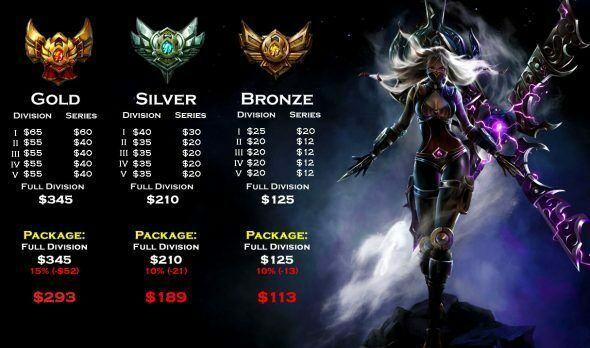 What is League of Legends Elo Boosting?

Basically, “Elo-Boosting” describes the process of increasing your MMR (i.e. your matchmaking rating) to a higher value with the help of another player.

Increasing the MMR is worth striving for, as this MMR determines our rank. Ultimately, the MMR is just an invisible number that tells us where we stand in the league. Our MMR tells us whether we are bronze, silver, gold, platinum, diamond, master, or challenger. For example, if we have an MMR around 1500, then we are a gold player and we will only play with players who have a similar MMR.

If you can “boost” your rating, you let a second player ensure that you consistently win your ranked games until you have reached the rank you want to achieve.

How does League of Legends Elo boosting work?

Over the years two methods have been developed to boost an account to a higher rating. On the one hand, there is the classic variant. The booster plays directly on the account that it is supposed to boost, which has several advantages: On the one hand, this method is very fast and efficient.

The level of play of the booster is always much higher than the level of play on which the account that it is supposed to boost is located. So he will win pretty much every game and thus be able to climb very quickly, while the “customer” actually only has to wait until this procedure is over.

In addition, the booster can also respond to special customer requests. For example, he can only use certain champions for climbing so that outsiders do not notice that this account has really been boosted.

For the customer, this method is the fastest and the most comfortable, as it does not require any personal effort. It’s a very simple service.

The boosters protect the account through the use of VPN programs so that Riot or others cannot track that the account is really being used by someone else, but a residual risk always remains.

The booster simply plays duo-queue with the customer. This method is much slower and not very comfortable for the customer, and the fact that the customer does not have to do without playing League of Legends for the duration of the boost can also be an advantage.

Who is boosting League of Legends?

The first variant is explained relatively quickly. Any player who is in the Diamond + area has the potential to be a booster with their skills, as the areas between gold and diamond are arguably the areas that customers should strive for. Every diamond player should be able to promote any account to at least the platinum range without any problems.

Boosters mostly use this business as an extra income. League of Legends boosting is a lucrative source of income for students or generally for younger players, sometimes even for professional players.

Benefits of League of Legends Boosting

Increased chances of winning prizes – The rating of your League of Legends account plays a crucial role in whether or not you can win the Riot Game Awards. League of Legends boosting enables you to increase your Elo ranking and thus your win rate. Your rewards will also be improved.

League of Legends Players Can sharpen Their Skills – One of the biggest advantages of League of Legends Boosting is that those boosted can watch the boosters play the ranked games so they can learn some new skills and game techniques. Even if he’s not playing for himself, he can definitely improve his skills and techniques.

League of Legends boosting is recommended for those who want to keep fighting for the improvements. Furthermore, if you also think you are much better and could achieve a higher rank, you could use this boosting service and move on to the next level up. However, the responsibility to choose the right League of Legends boosting service is on you as there have been some fraudulent ones out there. The good ones offer uplifting services and also healthy discounts for customers.